Sadness is the quiet friend you don't remember making. While grief and anger rant and rage, sadness creeps in through the back door and makes itself at home.

Sadness is not the death of a child. It is the piece of clothing hanging in the back of the cupboard that they will never grow out of.

It is not the diagnosis of a life changing condition. It's the toy hidden under the bed that they'll never grow into.

It's not the decision to throw away your toys and never play again. It's the understanding that intent to play is not always the same as having the time and the energy.

The light was bright and white, bouncing off snow covered roofs before burning through her reluctant eyes. The alarm was chiming, cheerfully advising it was 6.05 in a voice so devoid of sympathy, it was nearly thrown at the wall in anger. But she didn’t. Sleeping in her own bed was like being bathed in apathy, so she swiped it closed and swung her legs out from the choking heat of the duvet. Cold. That was better. More in keeping.

It was her second morning home, yesterday hidden behind exuberant welcomes and cries of “Mummy”. Behind exhaustion and aching muscles and a backside scorched by a proprietorial hand. Yesterday had started with a cock bruised cunt and sticky thighs. Tuesday began with the alarm.

Celebratory meals welcoming the prodigal were scorched into saucepans and stacked in haphazard piles over unsorted recycling and remains of junk food. Twitter hashtags replaced by an ongoing argument over consent in the classroom. In every blink, the beautiful wax-spattered skin, the pristine white bed, the patterns of rope flashed and then were replaced with this. This needy beast of life.

Routine. Morning coffee at 11.15 was served by washing-chapped hands and tawdry, chipped nails. The nails she nearly cried over. With a promise of two weeks life, they were the gentle slope back to normality, the dirty secret in plain sight.  This second morning, they were gone, no match for the encrusted oven shelves.

She wanted to kneel, but the office was too small and the call too important to disturb. She needed fucking, to be used that way too. Instead, she sorted washing and repeated the mantra “I do this because I love you” as every t-shirt was peeled from its jumper, each sock retrieved and pocket emptied.

When lunchtime came, they exchanged 11 words. Yesterday, he’d murmured demands of lunchtime service thwarted by hungry children. Today, he barely looked up from the keyboard as he typed with shaking hands. She was not the only one exhausted by the weekend.

The computer open. Inviting blank document and the photographs of the weekend, bright and exciting. Her own. Others. Images of flesh and sex. Beautiful knickers and arses slapped red. Of the desire filled eyes, soft and black as they described their own fantasies. Their own worlds. Words wouldn't come, the void between then and now too stark and painful.

“I endure. That’s what I want. I want to endure for him.” The words, spoken so casually that the speaker would never know they’d been imprinted on the listener’s brain. The timid whisper in her own head, answering yes, that was what she wanted too. And that was what she had. Just, not wrapped in flesh stinging from his paddle or scratched by his nails. Not today anyway.  He made her a cup of tea when she wanted him to feed her his dick.

As days crept forwards, she learnt again not to rely on a heart on twitter for her feelings of self-worth. Tried to write without remembering the feeling of being one of them, those beautiful fucking creatives who fed her soul. Remembered that service was a gift that he valued.

Sadness was his quiet sigh as he wanked under the sheets to her photographs, hand in her hair while she slept. 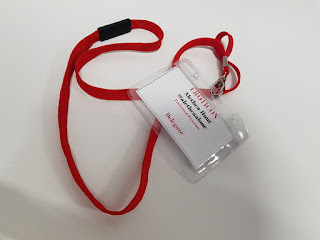